For this week's Order of Service, please click here!

Live online worship in a Celtic flavour is one of the developing ministries at St. James, and while we are experiencing restrictions on public gatherings, it is currently offered on Thursday mornings at 10:00 a.m. via Zoom link on computer, tablet or mobile phone.

Celtic Christianity evolved initially in Ireland, spreading to Scotland and Britain and beyond until the Synod of Whitby in 664 AD when the spiritual focus and institutional structures of the Roman Church gained ascendency.  Author J. Philip Newell, in a book entitled “Gathered and Scattered: Prayers and Meditations from the Iona Community” summarizes the difference like this: “A main characteristic that distinguishes the Celtic tradition is the belief that creation is essentially good….and God forever sees what is created as essentially good.  How this becomes interpreted in Celtic spirituality (and what has been regained since it has come back into popular practice in recent years) is a focus on incarnational living - that is, that we are encouraged to see God in the ordinary things of life, creating no false divide between the sacred and the secular. It is thus an integrative spirituality, joining body and soul, work and worship, wonder and ordinariness.  It sees the presence of God infusing daily life and transforming it. Worship that is characterized as ‘Celtic’ takes on much of this flavour – exercising an awareness of issues common to the scope of creation and the human condition, with an emphasis on justice and healing. It is typically offered in language that is inclusive, sensitive, honest, gentle, intimate, and heartfelt. Many find it appealing because it is relatively informal and highly accessible both intellectually and emotionally.

The Zoom link for this week's Celtic Worship can be found below! 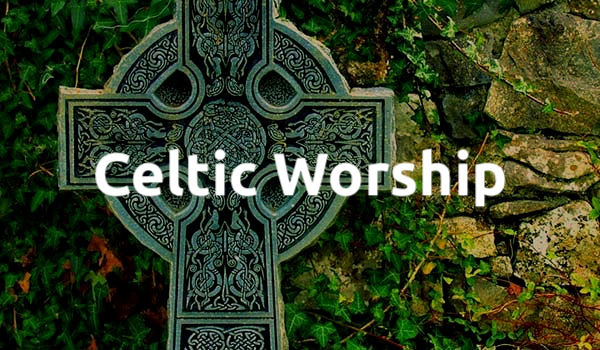